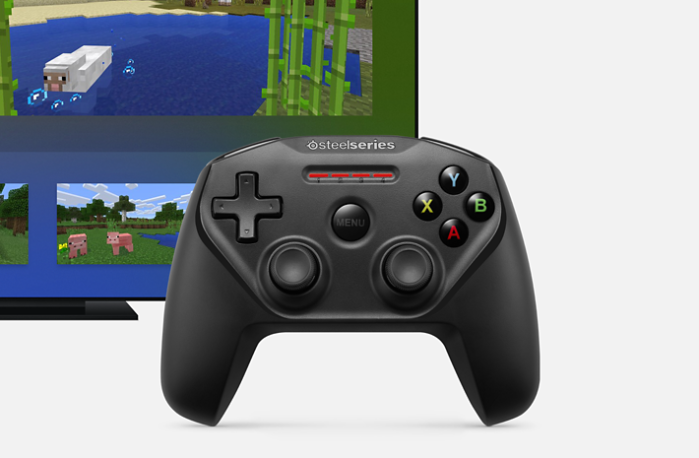 Prelude: 2017 was a strong year for Apple TV game releases, and of course September 2017 saw a hardware upgrade with the Apple TV 4K.

As Xander Davis – head of studio Astrogun – told ATVG in our December 2017 interview, “…there’s actually little difference with what you can do on an Apple TV versus a PS4, except for horsepower (and the gap is closing), at this point.”

But that was the end of the year, and there was plenty going on in 2017 right from the get-go. Studios may not have been making money from releasing games on the Apple TV platform, but there was plenty of activity.

The Trials franchise from Redlynx kicked things off in January, and the team continues to support the game on ATV today with regular updates (a holiday update dropped recently).

One of my 2D platforming games of the year – Le Parker – came along, with pixelised macarons I wanted to reach out and gobble, coupled with beautiful, exacting gameplay. Speaking of platformers, Leo’s Fortune turned up later in the year to offer up some competition, and wow, what a looker (and player).

January really did get things off to a good start, as Oceanhorn 2 was announced, with Cornfox telling ATVG straight away it was aiming for ATV. Two and a half years later, here it is as a flagship Apple Arcade title.

I won’t go through every release of the year, but scrolling back through the stories it feels like ATV gamers had a good run.

Last night I retrospectively chose Halfbrick’s Dan The Man as 2016’s Apple TV Game of the Year, and so why not do the same tonight for 2017?

I don’t even have to think about it – Space Marshals 2. With games like Pixelbite’s ATV offering I was convinced that the platform had a future. The studio gave the strategic top-down shooter such great support as well, with multiple updates, and a fantastic DLC addition arriving in November of that same year – Ava’s Storyline.

On the downside, Gameloft stopped supporting Modern Combat 5 early in the year, meaning Apple TV gamers really had no options at all for first-person shooters, until December, when Astrogun launched Apple TV’s first ever platform exclusive – VAST.

Xander Davis in his interview with ATVG was excited about the prospect of launching on such a new platform that showed so much promise, yet at the same time lamented the lack of support Apple was giving the hardware as a place to game. That really summed up the Apple TV story for that first couple of years, really until the announcement of Apple Arcade in March 2019.

Another disappointment, although exciting at the time, was the announcement from Thatgamecompany that Sky would hit ATV before any other platforms, and yet here we are wrapping up 2019, and Sky has released elsewhere but with no news on the ATV version. Highs and lows, swings and roundabouts.

November saw Gameloft throw a little love at Modern Combat 5 with an update, giving us false hope about ongoing support for the title, which quickly dried up not long after.

The year ended on some more positive notes though, with Legendo starting to tease Draugablíkk: Serpents in the Mist, ATVG discovered RPG classic The Bard’s Tale was available on the platform, Inside dropped in December, and a free bonus mission arrived  in yet another Space Marshals 2 update.

Throughout the year, titles were released by a couple of big supporters of the platform – Vector Unit and Mooff Games (now trading as Four Fats), and we hope to see more from them in the future. Maybe some Apple Arcade titles? We know that Vector Unit had plans to release Beach Buggy Racing 2 for ATV in 2019, but the studio’s site now says TBD, so 2020 on Apple Arcade perhaps?

2017 was a fascinating chapter in the evolution of the little black box, as we started to really see what kind of potential there was for high quality titles. All that was left was for studios to find a way to make it viable to release on the system.

Through it all, ATVG kept cranking out words, readers read them, and the world kept turning.