In the lead up to the release of Framed 2, the original Framed was featured as Apple’s Free App of the Week. It was a nice way to create some awareness for the sequel (which is actually a prequel), and a great way to get up to speed for those who hadn’t enjoyed the original yet.

But how does Loveshack’s much anticipated follow-up stack up? If we were to compare it to film versions of origin stories, would it be a Phantom Menace, or a Batman Begins?

Step on through to page 2 to find out. 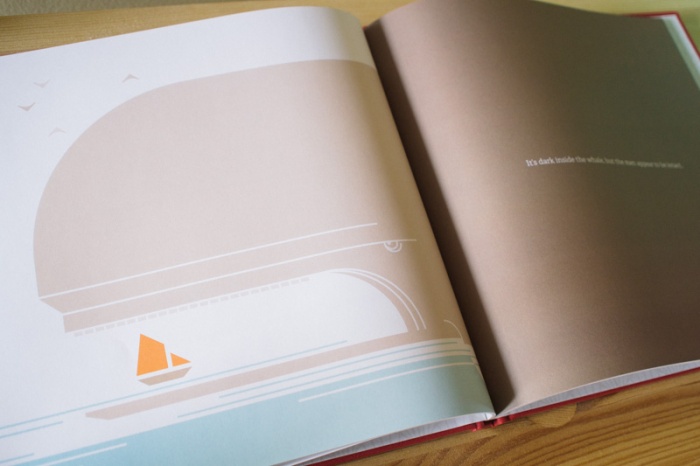 Burly Men at Sea played on Apple TV via the Siri Remote is an eminently charming experience. Scandinavian folklore-inspired adventures await, played out through an interactive storybook medium. Have a read of our full review right here.

Throughout the game’s various stories, players will enter the houses of NPCs, many of which contain bookshelves brimming with volumes, presumably a nod to the overall experience of the game itself.

Studio Brain&Brain have now brought each of Burly Men at Sea’s playable stories to real-life book form, complete with fabric hardcovers. The game’s artwork looks to be beautifully represented, and would make a great coffee table talking point and/or collectible. 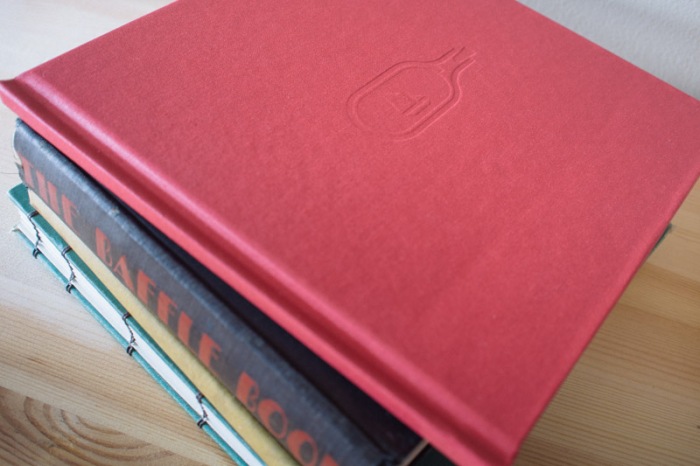 Click here for all the details on how to get these real-life artefacts into your home.

In other Burly Men at Sea news, Brain&Brain announced at E3 2017 that PS4 and PS Vita players will soon be able to experience its charms. A release date has not yet been announced, but I’ll likely follow along with this development over at Grab It Magazine, given the platform.

Here’s the latest trailer for Burly Men at Sea, revealed at e£ 2017:

Earlier this week MCV spoke to SEGA’s Chief Marketing Officer Mike Evans, who was outlining the company’s new initiative – SEGA Forever. During the interview Evans mentioned Apple TV not once, but twice. The platform as a target market is clearly on the gaming giant of yesteryear’s radar.

But what is SEGA Forever? And why is it relevant to Apple TV gaming?

Step on through to page 2 for more.

One of the beautiful things about gaming in 2017 is that games you’re really enjoying can actually get better. Minor or Major niggles that you experienced with a game, or that may have even caused you to hold off buying it after reading about them in a review, can be patched post-release.

Those who grew up with pixels being beamed through the air are wondering why I’m stating the bleeding obvious, whereas those like myself who cut their teeth on Atari cartridges may still appreciate this technical marvel.

Gee-whiz, what will they think of next Grand-Pappy?

We took a break from Forma.8 tonight to see what’s what. Have a read of our Subdivision Infinity review to get up to speed, and then step on through to page 2 via the button below to hear about the cool stuff that’s just been added.

There are two types of readers that stop by here at ATVG. Firstly, there are those that arrive and disembark after thumbing a ride on a Google search, in the hope of having a very specific question answered. “Is there a Tekken or Street Fighter style game on Apple TV?” seems to be a popular one.

They’ll get their answer (which by the way, to the above question is “Yes, Gods of Rome”) and continue on their way, perhaps never to visit this neck of the Internet again.

The second type of reader found their way here in a similar manner, but decided to stick around, checking in once a week or every few days or so to see if there are any new posts since last time. The regulars.

Both types of reader are more than welcome at ATVG, but I wanted to start a semi-regular column that the regulars could make sense of, a sort of narrative through line that takes stock of things once in a while, and ties the site together. I tried earlier on with the The Weekend posts, but painted myself into a corner with that title, given that it had to be on a weekend, and too strictly regular. Middle of the week rambling editorials would then have to have some other name, and websites with too many editorials and opinion pieces quickly become nothing but soap boxes from which to shout at the Internet.

So From The ATVG Bunker is my new attempt to build a semi-regular home for random streams of consciousness, catch-ups on what ATVG is playing, editorials, and the odd 2am burst of self-important wisdom before the warm milk does its trick and sends me back to la-la land.

These posts will have a subtitle so as to identify them and give some clue as to what the main theme is. That way you won’t waste too much of your time getting in too deep before you realise you’ve better things to do. Also, they will – for the most part – be somehow, however loosely at times, tied in to Apple TV gaming. It ain’t called ATVG for nothing.

So if you’re interested, step on through to page 2 via the button below, to learn more about the strange lack of review scores and article comments here at ATVG.

The followup to the indie hit Framed just hit Apple TV, and to celebrate, Loveshack Entertainment have given ATVG a couple of copies to give away. If you’re quick enough, you can snap one up over on page 2.

You guys are in for a treat. I’ve poured a few hours into Italian studio MixedBag’s Forma.8 for Apple TV, and can confidently report that this is an icon you’ll be very happy to have on your home screen.

In less than 24 hours it should hit the App Store for iOS and tvOS, and while I don’t want to say too much – as Forma.8’s mysteries are best uncovered by you, the player – I wanted to bring just a taste to the table. Enough to whet your appetite.

Head on over to page 2 for more.

It could be worse, Feral Interactive could have said no. So for now at least, our dreams remain intact. Take a look at the trailer embedded below and you’ll most likely agree that if this version of GRID Autosport hits Apple TV, then Real Racing 3 will have a serious contender on its hands for the platform’s pole position racer. Especially considering this is only alpha footage.

Feral Interactive specialises in porting big Triple A franchises to mobile, Mac, and Linux. Warhammer 40,000: Dawn of War III recently hit macOS and Linux, and recent ports of F1 2016, ROME: Total War, and Alien: Isolation are just a few of the other big hitters the team can take credit for.

The unveiling of the trailer below for GRID Autosport – releasing on mobile in a few months time (Fall in the North, Spring in the South) – got us wondering here at ATVG if we’d see this version on Apple TV. We reached out to Feral Interactive, with the company’s reply being, “We’re looking into GRID Autosport for Apple TV, but have no confirmation either way at this point.”

We’ll stay in touch with the team and as soon as we know more (or less as the case may turn out to be), then you’ll know more. Or less.

In the meantime, there are some decent racing titles to dip into on the Apple TV platform, and not long ago we put together a fun look at picking our favourite elements from some of those, and Frankensteining them into a dream Apple TV racer. Enjoy.

2D platform gaming, action-adventure, exploration – these are the elements that make up the now much-used gaming descriptor, Metroidvania. The term itself is a mash-up of select games from the classic Metroid and Castlevania series, with the resulting sub-genre now a spark for many heated Internet debates over whether a game is or isn’t a Metroidvania.

With such potentially contentious genre definitions likely to ignite minor revolutions, I prefer to use my words rather than a word, and Metroidvania or not, Italian studio MixedBag’s Forma.8 definitely looks like it will have 2D platform gaming, action-adventure, and exploration. And judging from the trailer over on page 2, it looks good too, right? Stylish, with a mysterious, brooding atmosphere.

Hit page 2 below for more.

With a name like Subdivision Infinity, you could be forgiven for thinking that Mistfly Games have created a Maths Edutainment title for the education system. Thankfully, the only maths you’ll encounter in this excellent 3D space combat shoot-em-up, involves watching your stats increase as you acquire new and better ships with which to blow stuff up.

The emphasis here is on arcade action, but Mistfly’s release (published by Crescent Moon Games)  also has enough depth to keep players interested right through to when the credits roll.

Hit that page 2 button below for more.