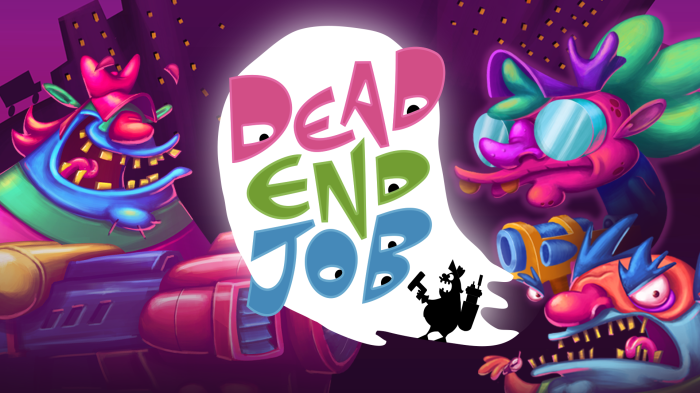 In 2018? ATVG’s Halloween treat went AWOL and players had to find their own fun. Sorry.

But this year ATVG is back with a perfect Halloween treat, with more ghosts, goblins, and monsters than you can point a vacuum cleaner at (that will make a lot more sense over the page, trust me).

To gain access to this year’s treat you’ll need an Apple Arcade subscription and a controller. If you have an Apple TV, and you want to turn it into a gaming console with an instant library of currently 89 kickass video games across almost every genre imaginable, then you need to pick up those two things.

For those already equipped, and for those curious, click through to learn about this year’s ghastly Halloween recommendation – Dead End Job.

END_OF_DOCUMENT_TOKEN_TO_BE_REPLACED 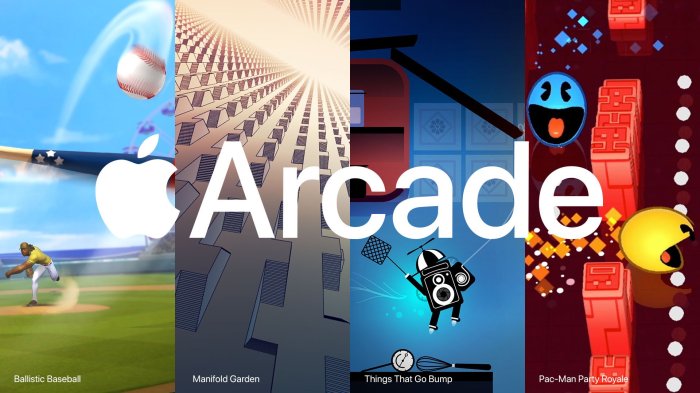 Okay, time to try something a little different with these weekly Apple Arcade releases.

Being that this is The Apple TV Gaming Blog, or ATVG for short, I thought I’d start picking a weekly feature game out of the handful of releases, with a focus on Apple TV as a console gaming experience.

The Pick of the Week will be posted a week after release, giving this one-man-band a chance to check out the contenders. Being a very subjective pick, your mileage may vary, and if so, ATVG would love to hear from you and why you think your pick deserves to take first place on this week’s podium. Hit up the social media links in the banner at the top of your screen and share your thoughts.

As you can see from the picture above, last weekend’s titles were a varied bunch as usual, and of a high standard consistent with Apple Arcade’s current library. You can read last week’s release wrap-up right here, and I recommend checking out all four of them.

This week ATVG’s nod goes to a game by another one-man-band – William Chyr.

Find your way down to that Continue button for more.

END_OF_DOCUMENT_TOKEN_TO_BE_REPLACED

The ever-diligent Stewie from MrMacRight, following all things that combine Apple and gaming, has done some digging. According to his sources, the screenshots over the page – pulled from Apple’s teaser video of Apple Arcade released in March this year – show very brief blink-and-you’ll-miss-them glimpses of some upcoming games.

There’s currently 84 games available to play right now on Apple’s subscription gaming service, and judging from the pattern forming over the last few weekends, more will land in a couple of days time, and the weekend after that, and so on, until we have more than 100.

That’s a lot of games.

It’s human nature to crane our necks and try to see what’s over the horizon. It’s not enough to enjoy what we have right now – we need to know what’s next, what we can look forward to.

So let’s open the vault and sneak a peak at what’s inside.

You know you want to.

END_OF_DOCUMENT_TOKEN_TO_BE_REPLACED

The first time something out of the norm happens, I’d call it an anomaly, and prior to Apple Arcade, games releasing to the App Store on the weekend has certainly been out of the norm.

The second time? It’s a coincidence.

The third time however, it’s safe to call it a pattern.

For the third week in a row we have a handful of new Apple Arcade titles to sink our non-existent free time into, and from here on, we can safely predict this will be the pattern until we get to that golden number of 100-plus promised by Apple prior to launch. At the current rate of four or five a week, that gives us another month or more of weekly releases to look forward to.

There’s still 21 unreleased games on this list, as well as any other bolts from the blue that come completely unexpected.

As in previous weeks, today’s four releases range across a wide variety of genres, from sports, to iconic arcade, a co-op 2D platforming party game, and mind-altering puzzles.

END_OF_DOCUMENT_TOKEN_TO_BE_REPLACED 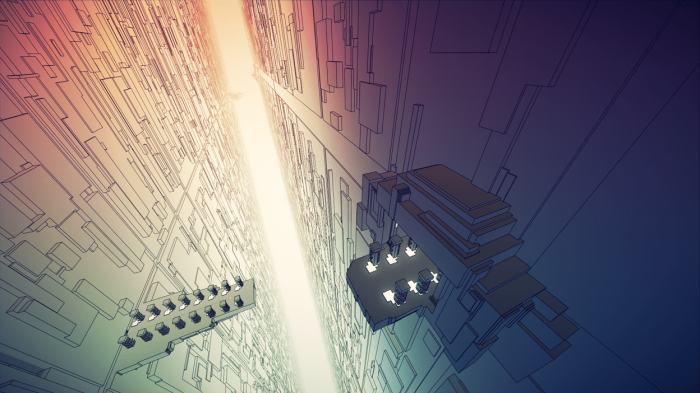 It seems it would be pretty safe to bet on another handful releasing this weekend, as Apple Arcade climbs towards its promised goal of more than 100 games in the weeks following Arcade’s release. Will we see any of these as yet unreleased 24 games this weekend? Get your bingo cards ready.

At the very least, ATVG knows that following October 18, the total will be 81, with William Chyr announcing today that his seven year project – Manifold Garden – will finally be out.

At first glance, I was thinking this might be a nice quiet game to set aside for the iPad, but the more development videos and trailers I watch, the more I’m looking forward to tripping out in front of a 60-inch screen on Apple TV with Chyr’s mind-bending creation.

Punch that Continue button for more.

END_OF_DOCUMENT_TOKEN_TO_BE_REPLACED 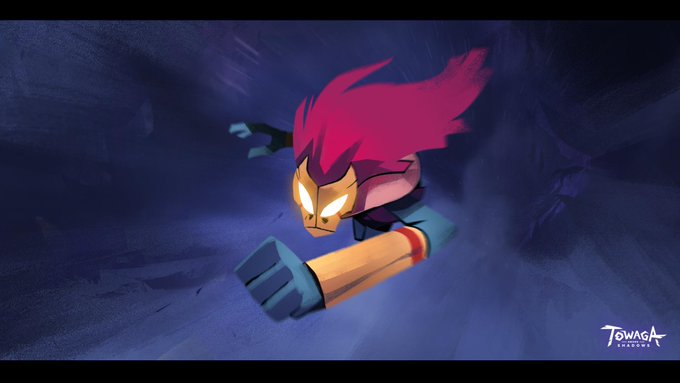 Hot on the heels of Radian Games announcing a huge incoming update for its excellent Apple Arcade racer Speed Demons, which you can read all about right here, Sunnyside Games also announced today that there is more on the way for Towaga: Among Shadows.

With currently 80 games to choose from on Apple Arcade, and more on the way (you can check out another 24 upcoming games right here), it will take ATVG some time to experience them all.

Tonight I’ve jumped in and had a look at Towaga: Among Shadows for the first time, and was once again made aware of the high bar of quality that Apple Arcade games are setting on our Apple TVs (and of course iPads, iPhones, and now Macs).

If, unlike me, you’re deep into the weeds of Towaga’s content, and are hoping for more, today’s announcement will definitely put a smile on your dial.

END_OF_DOCUMENT_TOKEN_TO_BE_REPLACED 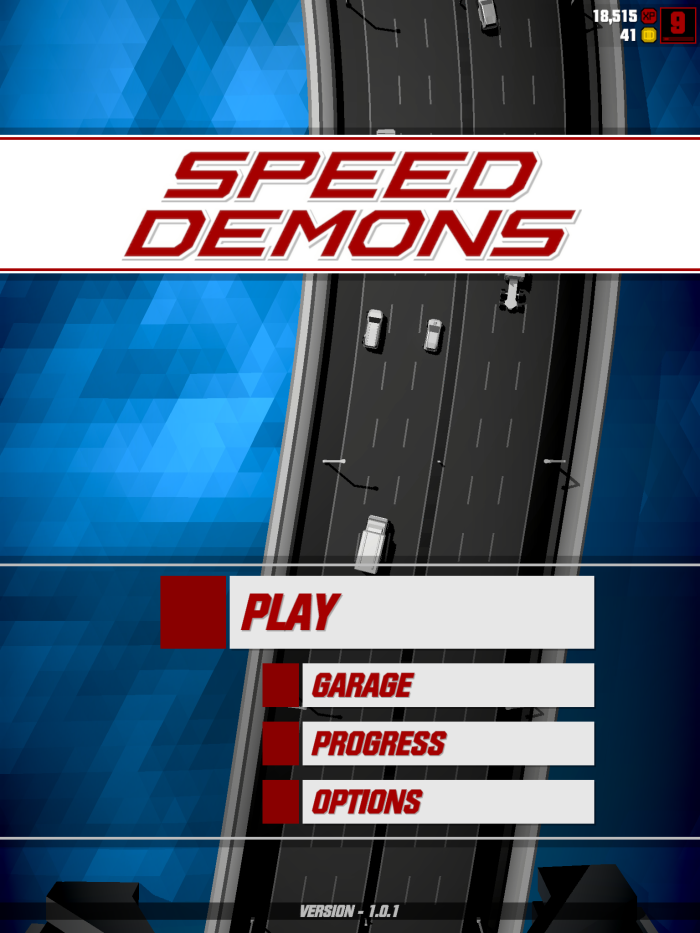 Especially when those games are as good as Speed Demons.

END_OF_DOCUMENT_TOKEN_TO_BE_REPLACED

The only pattern that seems to be forming here for new Apple Arcade releases is roughly weekly, and around the weekends, although today is still Friday in many other time zones, but close enough. Let’s call it weekend eve.

Today’s release of five games takes the current total of Apple Arcade games to 80. Apple has said leading up to the release of its subscription service that in the weeks following launch, the total would climb to more than 100, so I would expect this current release trend of a handful of new games each week to continue for a while yet.

A little while back ATVG posted this list of 30 upcoming Apple Arcade games, and I’ve been updating it to cross off these new releases, but there’s still 24 on that list alone yet to come. There are some appearing each week that are complete surprises and not even on that list.

Is anyone else finding it refreshing to not know everything that’s coming in advance?

In this age we live in, we are bombarded by announcements for upcoming release dates of teasers for future trailers spoiling movies and games that we already hate prior to release, based on the nothing but the choice of title. Or something the director said 28 years ago.

Not sure about you, but ATVG is finding these surprise loot box drops of random selections of games – many previously unannounced such as last week’s Pilgrims from Amanita Design – a very welcome disruption.

Similar to last week, today’s releases are a mixed bag of genres. Of particular interest to many Apple TV gamers will be multiplayer arena shooter ShockRods, which ATVG looked at in more detail in this previous post. ShockRods fills a gap in Arcade’s lineup, as there was previously nothing in the way of multiplayer shooters, particularly FPSs, as ATVG discussed recently. While ShockRods is not an FPS, it will certainly fill that hole for many looking for some online battling.

All five games this week look promising for Apple TV actually, as all look like they might benefit from the big screen environment. It’s a good console-gaming week for Apple Arcade releases.

Mash the Continue button below to check out trailers for today’s five new titles.

END_OF_DOCUMENT_TOKEN_TO_BE_REPLACED

Don’t worry, this is still The Apple TV Gaming Blog.

I don’t normally post about games here on ATVG that are not destined for Apple TV, but I’ve been playing a pre-release copy of Grobo from Hot Chocolate Games for the last week or so, and it’s such a nice little title that it deserves a mention.

Today was the big day of release for Grobo (or g.r0b0 as he is technically called), a diminutive robot trying to find out why it’s suddenly all alone in the big bad world of Megatrolopis.

END_OF_DOCUMENT_TOKEN_TO_BE_REPLACED

An endless take on gaming classic Frogger, Crossy Road had a very special sauce that allowed it to break through the ever-increasing free-to-play market when released on mobile back in 2014.

When the fourth-generation Apple TV was announced back in 2016, Crossy Road was one of the first titles to come to the device, with an all new 2-player mode.

Fast forward to 2019, and Hipster Whale today announced a sequel is on the way – Crossy Road Castle.

My own Obi-Wan Kenobi of the games writing scene – Chris Stead – has gone hands-on with the upcoming Apple Arcade exclusive over at finder.com.au.

Hit the Continue button below for more.