World of Warcraft, Starcraft, Hearthstone, Overwatch, Heroes of The Storm, Diablo – not a bad little body of work.

If your Venn diagram of “things you dig” has an overlapping section containing one or more of Blizzard Entertainment’s games and Apple TV (you’re reading this site after all), then you’re in luck – the free BlizzCon TV app has you covered.
END_OF_DOCUMENT_TOKEN_TO_BE_REPLACED

Earlier this year, in one of its weekly live streams, MADFINGER Games laid out a road map of updates for the remainder of 2018 for Shadowgun Legends (read ATVG’s review).

Turns out it was more of a mud map than an accurate cartographical survey, as update 0.6.0 became 0.7.0, with the orange fourth planet still dangling like a giant spherical carrot, locked and waiting. 0.8.0 maybe?

New planets notwithstanding, after dropping last week update 0.7.0 has still added a bunch more content to a game that is already quite feature-rich: New weapons and armour, a raised maximum power level (270), Halloween-themed gear, a new fusion system to raise the power level of your favourite legendary items, and a shiny new Gold Arena. You can read the full patch notes right here.

Out of all the activities available in Shadowgun Legends, the Silver Arena is easily where I’ve spent most of my time, and it was exciting to see a whole new challenge waiting to be surmounted in 0.7.0.

It wasn’t easy, but today, accompanied by two other random cyber-warriors, after about an hour we cracked the lids from three hard-earned loot chests, learning along the way there are a few new obstacles on the road to gold. (Spoiler alert).
END_OF_DOCUMENT_TOKEN_TO_BE_REPLACED

When Barbearian first released for iOS back in August, straight away after watching the trailer I added it to my mental wish list of games that would hopefully come to Apple TV.

About 24 hours ago my wish came true, in the form of an email from Kimmo Lahtinen, letting me know that his studio – Gimblll – had just released Barbearian for tvOS earlier this week on Monday.

After a quick download and a couple of hours of game time, I’m punching keys in the ATVG bunker to tell you that Barbearian is the real deal – a true console experience that I have absolutely no hesitation in recommending.
END_OF_DOCUMENT_TOKEN_TO_BE_REPLACED 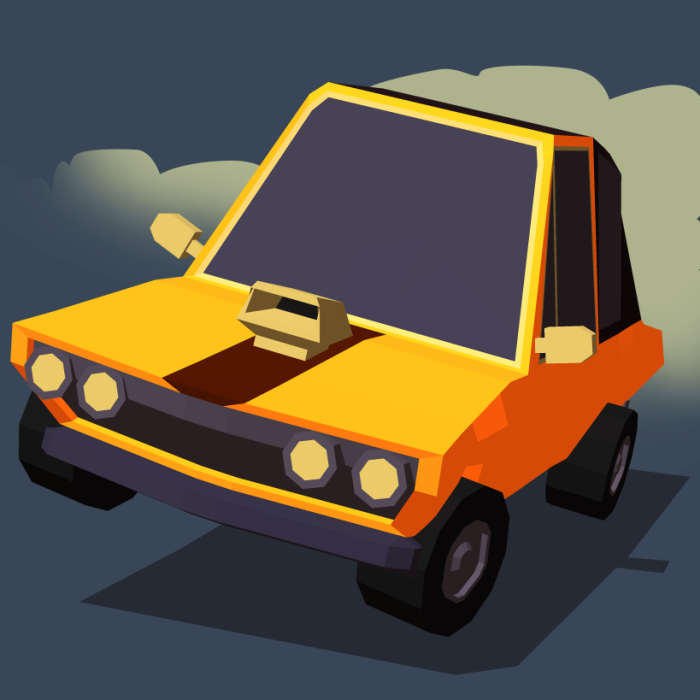 According to Wikipedia that’s how many police cars were smashed in the original Blues Brothers film. I remember watching it on VHS at a friend’s birthday back in the day, thinking how completely over-the-top insane that car chase sequence was. And brilliant.

Nearly 18 years later, a sequel was released – Blue Brothers 2000. Guess how many police cars were smashed in that one?

Last week, Finnish studio Tree Man Games released the latest title in its PAKO series of car chase games – PAKO Forever – and if you think you’re up for the challenge, you could go for the record.
END_OF_DOCUMENT_TOKEN_TO_BE_REPLACED 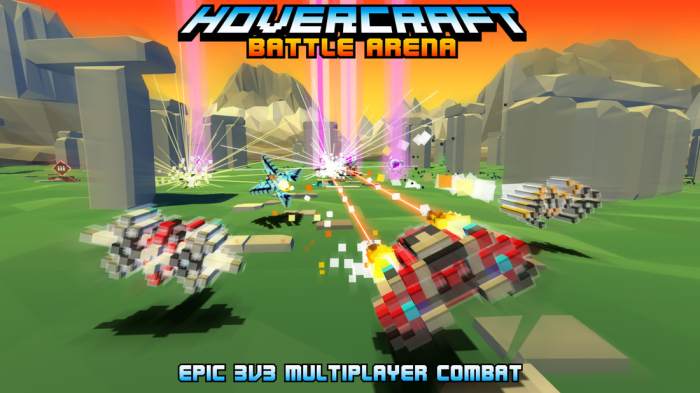 A multiplayer online battle arena with weaponised hovercrafts? Sure, I thought, scrolling through the App Store’s new releases not long ago on my iPhone, looking for Apple TV-compatible releases, I’ll give that a go.

I wasn’t expecting much – eye candy it ain’t. But soon enough, evening became night, which eventually became late, and I realised I was having a lot of fun.
END_OF_DOCUMENT_TOKEN_TO_BE_REPLACED

I was tempted to go with:

Review: Ammo Pigs: Armed & Delicious – See How The Sausage Is Made.

But brevity is king when it comes to headlines, so here we are.

While working on its bigger, meatier title – Moon Raider – Cascadia Games started tweeting earlier this year about the possibility of an Ammo Pigs reboot. Floating the idea out into cyberspace – the modern equivalent of thinking out loud – interest was gauged and the decision was made: A new version of the 2015 iOS title was on the way.

Fast forward to a few short months later, and judging from the tweets Cascadia’s owner and founder Chris Jorgensen has been making post-release, sales of the Ammo Pigs remake have added up to time well spent.

What about from a gamer’s perspective though? Is it worth your hard-earned?

END_OF_DOCUMENT_TOKEN_TO_BE_REPLACED

Answering a knock on the door in the dead of night, a woman has a blanketed baby thrust into her arms by a desperate father, after which he hurries off into the rain and dark.

Fast forward a few years, and the woman watches from her window as the grown boy – as his father once did – escapes into the night, evading capture from red-cloaked authorities.

Teslagrad’s opening cut-scene provides an intriguing set-up, all told – as is the entire game – through beautiful, wordless animation.

Originally released by developer Rain Games back in 2013 on PC, Teslagrad has since sold more than 1.6 million copies across the various platforms and consoles, and is now  poised to make the leap to Apple TV and mobile devices in November. Last night ATVG spent some hands on time with this indie puzzle-platforming hit on PS4, playing through the first couple of hours to see what Apple TV gamers could expect.

If the ATV version is faithful to the original, you’re in for a treat.
END_OF_DOCUMENT_TOKEN_TO_BE_REPLACED

Hello patient Apple TV gamers, it’s been a while. September 12 seems like another era, but here we are, back in the bunker.

Time has been short, and as I’ve lamented in the last couple of months, real life has not been conducive to writing about gaming. But if all continues to go according to plan, that should change right about…now.

ATVG has settled into an all new bunker – cords have been plugged in, internet has been connected, updates have been downloaded, schedules have been cleared, and games have been released. All of this adds up to the fact that there are things we need to talk about.

And in the world of gaming – yes, even Apple TV gaming – there are always things to talk about.

So what’s on the agenda?

Games of course. Also: Is Apple TV gaming dead? Is it dying?

In ATVG’s humble opinion, the short answer is no. Gaming is not Apple TV’s primary function, and that folks, is kind of what makes it indestructible. It’s a little like a super power.

Oh, and what about Mojave’s Dark Mode? Nice.