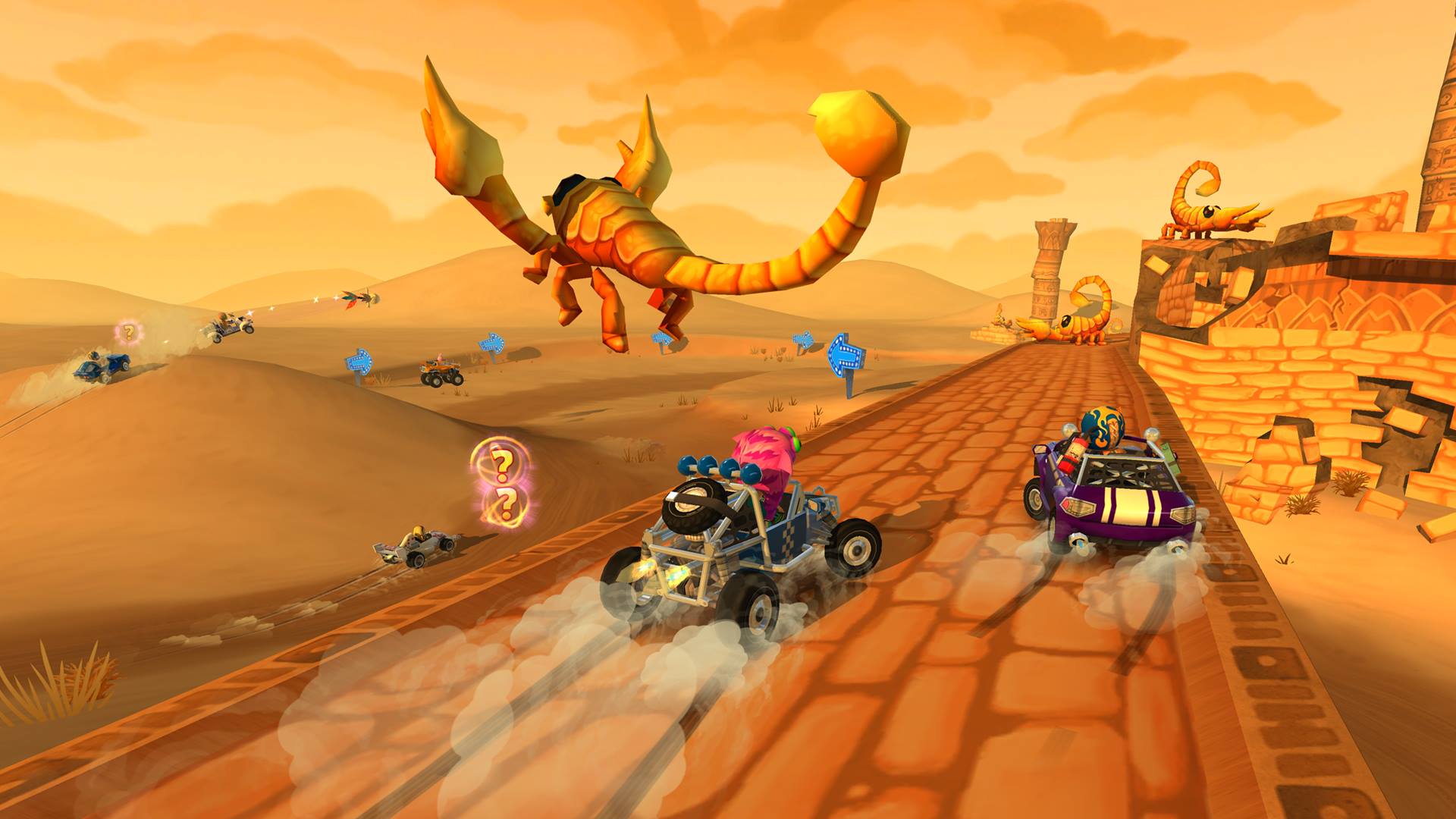 Updated May 2021: Beach Buggy Racing 2: Island Adventure is out now on Apple TV. Have a read of ATVG’s impressions right here. Original story: Since December 2016, ATVG – the site you’re reading right now – has been banging on about Apple TV’s validity as a gaming console. We’ve even stopped calling it a microconsole, feeling that the term doesn’t quite fit what the platform is capable of offering, and instead took to calling it a digital-only console. It plays games on the big screen of your lounge room with full controller compatibility, and a bunch of its games are also available on PS4 and Xbox One. In our interview with Xander Davis, the head of Astrogun went so far as to say “…there’s actually little difference with what you can do on an Apple TV versus a PS4, except for horsepower (and the gap is closing), at this point.” Studio Vector Unit recently celebrated a decade of making games, and it’s been getting behind the platform as well, with its fifth title for Apple TV – Beach Buggy Racing 2 – scheduled for release in early 2019. Interestingly, Vector Unit’s kart racing sequel for Apple TV is not releasing alongside its mobile counterparts, but instead with the console versions. This is a significant break from the norm. Hit the page 2 button below for more.