Looking through the selection of Apple Arcade’s all-you-can-eat buffet at the moment, it’s easy to want to say that there’s something to cater for all tastes.

But there is a notable absence, a genre missing that has been synonymous with gaming – and some might argue the most popular genre of all – for decades.

There are gamers that play this genre exclusively, and many that only ever play one franchise within that genre. Some even making a good living from playing this style of game competitively.

I’m talking of course about first-person-shooters. 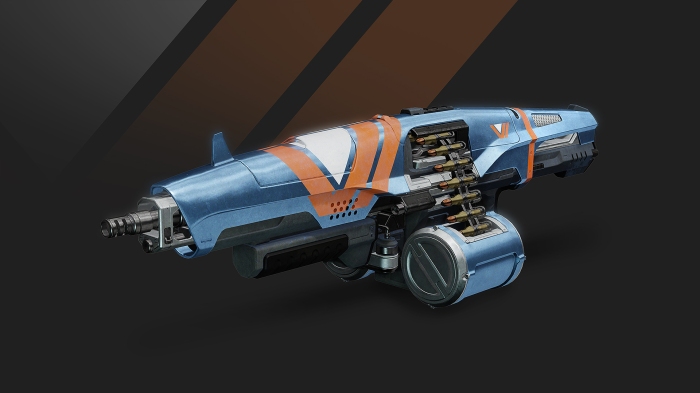 A friend of mine started playing Destiny at its release in 2014, and has played the franchise almost exclusively ever since, switching to Destiny 2 in 2017, and is currently working their way through the most recent expansion – Shadowkeep – that released only just last week on October 1.

This friend of mine has only ever ventured away from Destiny in recent years to dabble in one of the Call of Duty or Battlefield iterations.

They are not alone. Someone else I know plays Rainbow Six Siege to the exclusion of all else. They have found their niche and they are happy there, with all their gaming needs satisfied. There are millions of them, and they are really the only gamers not catered for by Apple Arcade.

This is not a complaint, merely an observation.

Does Apple want to keep its Arcade away from the 6 o’clock news scaremongers? I haven’t found any games on Apple Arcade yet that are overly bloodthirsty or gory, so there does seem to be a desire to lean towards more family friendly gameplay depictions.

You can splatter giant bugs and dinosaurs in Spidersaurs (and I highly recommend you do), wield all manner of high-powered weaponry in Exit the Gungeon, although it’s really just monsters and demons that you’re killing, not humans, and you can happily hack’n’slash your way through hordes of the undead in Bleak Sword. But again, the violence is very much dominated by blocky pixelation, and while it’s a hell of a lot of fun, it won’t be causing any controversy.

But there’s nothing on Apple Arcade that you can download and run around with your mates shooting each other – or AI enemies – in first-person view.

The exclusion of this staple genre of PC and console gaming from Apple’s subscription service will be excluding a lot of gamers, but maybe those gamers, and Apple, simply don’t care. Apple may not want to be catering to this crowd, content with capturing the hearts and minds of those who are after pretty much every other genre of gaming that exists. It’s hard to think of one that isn’t available on Apple Arcade, apart from FPSs.

And those gamers that play FPSs exclusively may be very happy on whatever platform they’re on, shooting and trash-talking ’til the wee hours of the night. There wouldn’t be much point in them signing up to something like Apple’s service that offers so much diversity if all they were going to play was one single FPS and nothing else.

But what if the FPS was so good, an absolute must-have experience, and they couldn’t get it anywhere else?

What if the FPS took a few cues from the classic Timesplitters, which while being renowned for its impeccable gunplay, is not particularly violent or gory. Or the more recent franchise – Splatoon? Shooters don’t always have to be filled with blood and guts to succeed and be thought of as credible.

What if Apple was to bring this sort of FPS to Apple Arcade? Even if this didn’t end up convincing the more hardcore players of Call of Duty and Battlefield, it might at least win over some who are on the edge of wanting to subscribe, but are shut out due to the absence of their favourite genre.

4 thoughts on “Apple Arcade Has Something For Everyone…Well, Almost”