When Apple’s digital-only console hit shelves in 2015, the hope of seeing the above screenshot from Halfbrick’s Dan The Man was a pipe dream. At launch, the tech giant’s rules stipulated that every game released needed to be playable with the Siri Remote. For those hoping for a credible addition to the gaming landscape, this was seen by many as a handicap.

To get a complex, traditional gaming experience such as a first-person-shooter onto ATV’s App Store, developers needed to get pretty creative when mapping a control scheme to the Siri Remote. Have you ever tried playing Gameloft’s Modern Combat 5 with it? It’s like trying to rub your head and pat your tummy while reciting the alphabet backwards.

Two thumb sticks, shoulder buttons and triggers, a diamond-shaped configuration of four face-buttons, and possibly a d-pad – the now traditional gamepad layout has become second nature to gamers. Even when hopping between consoles, from Xbox to PlayStation, and now also the Nintendo Switch, the muscle memory goes with you like a physical language we learned to speak with our hands a couple of decades ago. Play Modern Combat 5 with a proper controller and it’s actually a pretty decent FPS.

Thankfully, Apple slowly seems to be getting it, and at WWDC 2016 the rules were relaxed to allow games to require a controller, and gamers finally started to see screenshots like the one above when loading up a game with only the Siri Remote connected.

I recently posted a piece outlining three excellent gaming experiences to enjoy just with your Siri Remote, but where would Yin be without Yang? So here is its companion piece: excellent games that won’t let you play them without a traditional game controller. 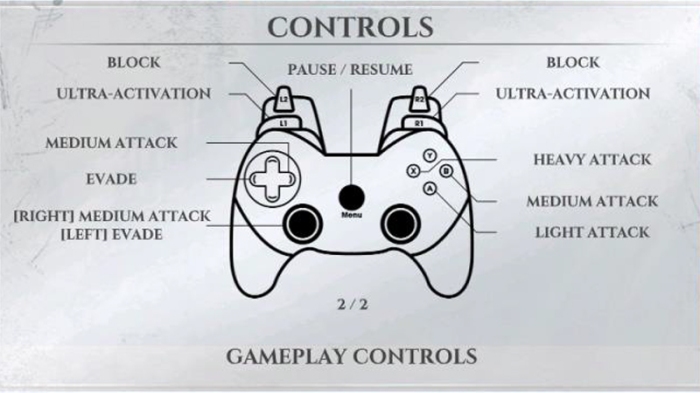 Screenshot from Gameloft’s Gods Of Rome