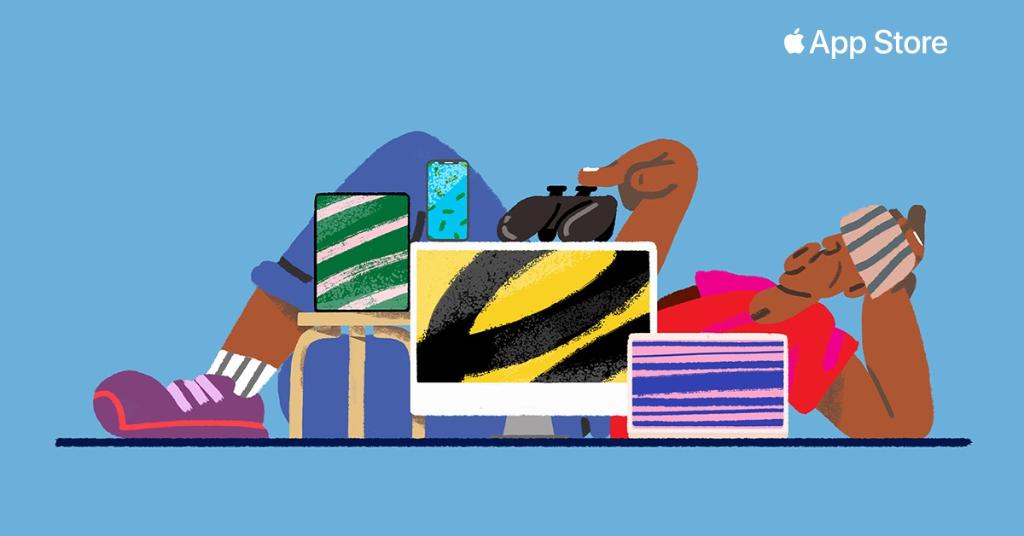 When I started this, well, for now let’s say website (although that may be the last time I call it that, for reasons which I’ll hopefully manage to clarify and qualify by the end of this post) back in December 2016, I had two main focuses in mind.

The first was the more ambitious of the two – to create a site that comprehensively covered all things Apple TV gaming. Something like the once-great Toucharcade used to do for iOS.

The second was to carve out a corner of the Internet for myself in which to post random nonsense, with the main guidepost being Apple TV gaming, while allowing myself the freedom to wander aimlessly to other topics if and when they sprang to mind, and somehow corralling those wandering posts back toward the realm of Apple TV gaming. And not even always.

This secondary, more blog-oriented focus was where the From The ATVG Bunker posts tried to fit in.

For reasons I’ll get into past the beloved continue button, I feel I’ve never fully succeeded in either of the above aims, although at the same time, I feel I’ve not fully failed.

And it’s for those as yet unexplained reasons that I’m ditching one of the two focuses, in order to allow the other a better chance at success. And by success, I really just mean enjoyment for both myself, the writer, and hopefully you, the reader, mainly due to the fact that past this point, your expectations will be met.

As usual, the headline has spoilt the reveal, but if you’re interested in more words strung together to form sentences and ultimately paragraphs which ideally as a whole form a coherent yet rambling stream of consciousness [inhale], then hit the continue button.

Considering I am just one human, with a family, full time job, multiple hobbies and not much spare time, I feel over the last nearly three and a half years I’ve managed to do an okay job at meeting the first goal – that of a comprehensive Apple TV gaming news outlet.

There’s been all the trimmings you’d expect on such a site – regular end-of-year best-of roundups, developer profiles, interviews, reviews (probably my least favourite form of writing), news and previews. But there is also the burnout that comes with one person trying to squeeze all of that into a life already full, and the resulting waxing and waning of motivation that comes from such an endeavour.

The end result was often large blocks of time with no posts, sometimes but not always preceded with a gone fishing post. After building up some good momentum, site traffic and readership, the site would then go dark for anything up to a couple of months, undoing the previous weeks of effort.

So from here on, I’ll simply ditch that aim. This will be, as the name has always suggested it should be, a blog.

It will still have a central theme – Apple TV gaming – but don’t be surprised if I wander off topic. Just skip those posts. You may not want to read my thoughts on why I downloaded Logic Pro X for its three month trial, only to go back to using GarageBand two weeks later, but I may write about it.

The answer is that essentially nothing will change. This blog may go two months with no posts, and then all of a sudden there might be three posts in one day. But I’ll no longer feel compelled to preface an off-the-grid period with a gone fishing post. Frequency will just be what it will be. No more self-imposed pressure to keep up with the news, and no more disappointment that I haven’t.

Apologies to those who had finally stumbled upon this corner of the Internet thinking you’d finally found an Apple TV news outlet. Although, stick around, because you’re not entirely wrong either.

Websites posting news about Apple TV gaming are still hard to find, and sites with a specific, dedicated focus on the platform are almost non-existent. For more coverage I’d suggest also following MrMacRight’s YouTube channel, as he makes excellent videos about all things Apple gaming (iOS, iPadOS, macOS and tvOS). Add Screen Times to your list as well – the focus over there is Apple TV in general (entertainment, gaming, tech). Sigmund Judge and his team of writers has just relaunched the site with a promise of much more coverage to come. Finally, Siniscope Gaming’s website is another must-read for well-balanced, critical reviews of Apple TV games (although if you see SG on The Afterpulse battlefield, run).

Between this blog you’re reading right now, MrMacRight, Screen Times and Siniscope Gaming, you might just find all the Apple TV gaming news (and more) that you need.

I was excited about Apple TV gaming in December 2016, and I’m still excited now. It’s still the most fascinating new gaming platform to emerge in years. Why? Well, that might make for a future post, but to get a head start, scroll back through the previous three and a bit years of stories and you’ll get a pretty good idea why.

Looking for a new Apple TV game but don’t have Apple Arcade?

Well, if you’re a fan of retro-inspired games, go and check out Cursed Castilla. It looks like it might scratch that itch:

And studio Abylight recently announced on Twitter that Curse of Issyos is coming to Apple TV as well.