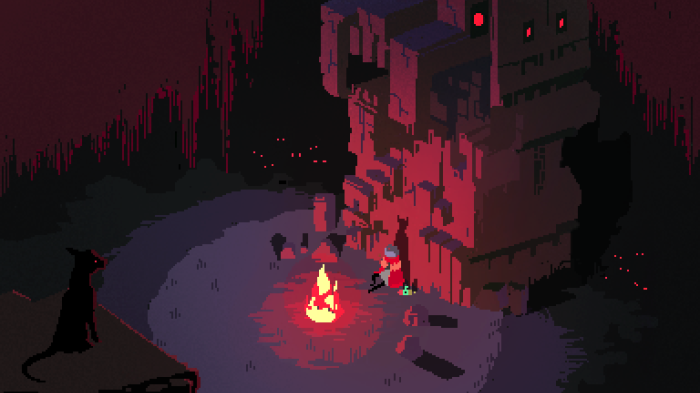 As a gaming platform, Apple TV can easily be described as having a quirky charm.

Something about the strange mix of games, the unpredictable nature of those games arriving out of the blue, and the obscurity of the platform, hiding in plain sight from mainstream gamers despite the giant household name behind it, all combine to generate this charming quirkiness.

The games that exist on Apple TV outside the safe, newly built walls of Apple Arcade are nothing if not diverse, both in quality and genre, with the only real triple A offerings available being those of the ‘Triple Indie’ variety. It’s the occasional and surprising arrival of these ‘Triple Indies’ that also lends Apple TV much of its personality.

There’s some big-hitters – Barbearian, Inside, Evoland 2, Teslagrad, Dandara, Transistor and Dead Cells to name a few.

As a shortlist, Apple TV gamers would do very well to start with those.

For most of January, all of February, and the bulk of March, The Apple TV Gaming Blog made like a woodchuck and hibernated, concentrating on non-gaming related hobbies, and while this blog slept, two big indie titles snuck onto the platform, ready to be discovered and enjoyed by Apple TV gamers.

It’s been written many times in various ways on this site, but if there’s one genre that’s available to Apple TV gamers in abundance, it’s 2D platformers. And what quality too.

Le Parker, Leo’s Fortune, Rayman Adventures, the classic Sonic series, Dan the Man, the previously mentioned Inside, Dandara, Teslagrad and Dead Cells – puzzle platforming, action platforming, hints of RPG. Again, certainly not a definitive list, but if fans of platform games can’t find satisfaction on that list, then maybe finding another genre to be a fan of is a bigger priority.

Oddmar from studio Mobge should probably now be added to that list.

While Mobge might mean mobile generation, the bigger the screen the better with this sort of hand-drawn eye-candy, and so a console environment such as an Apple TV and controller is always going to be the place to help them shine.

Check out the trailer below for a taste of the environments, action and obstacles your Viking hero – Oddmar – is tasked with overcoming, and it’s easy to see why the Turkish studio picked up an Apple Design Award in 2018 for its efforts.

Equipped with magical weapons, shields, and mushroom powers, Oddmar has his work cut out for him through 24 levels, four worlds and giant boss fights.

Studio Heart Machine describes its 2016 release as an “action adventure RPG in the vein of the best 16­bit classics, with modernised mechanics and designs on a much grander scale.”

Over the years since release, Hyper Light Drifter has become one of those street-cred gamer’s games name-dropped by players wanting to be taken seriously, such as Journey, FTL, Bastion and Limbo.

I should probably play it at some point.

Something else I’ve written many times over the years in various ways, is that when pixel art is practiced  by talented artists to bring an aesthetic vision to life, and not used as a cheap nostalgic trick, it can be a wonder.

The trailer below says that better than any words can.