Is this sooner or later? It’s hard to know. Just how long is a piece of string?

Madfinger Games told ATVG recently that Shadowgun Legends would get a tvOS update bringing it into line with its mobile counterpart “sooner or later.”

Today was that day. 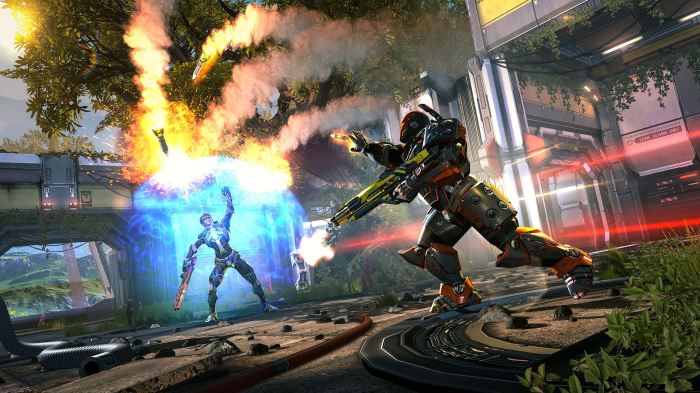 Not only does version 1.0.2 bring Shadowgun Legends into line with its mobile counterpart, but it actually brings the game back to life for Apple TV gamers, who have been shut out of the game for the last few weeks, while a loading screen taunted us endlessly.

Okay, let’s put all that behind us and ease back in. Limber up the trigger finger again.

I’ve gone as far as loading up and wandering aimlessly around the Hub to make sure it ticks, but haven’t actually jumped in to any gameplay as yet. I wanted to jump on here and reel off the happy news first.

You’ll find the full patch notes right here on Madfinger’s site. The new PVE adventure campaigns are the real meat and potatoes of this one, looking forward to getting into those, and apart from your previous MFi controller support, 1.0.2 also adds in PS4 and Xbox One controller support which will open up the game to a bunch more Apple TV players, without having to shell out for a new rig.

As we close in on the end of 2019, it’ll be good to have ATVG’s pick for 2018 Apple TV Game of the Year back in the fold, in time for some holiday craziness.

Alright. My work here is done.

One thought on “Apple TV Sci-Fi FPS Shadowgun Legends Is Back With v1.0.2”