It feels strange to describe games as console-like when they are releasing on Apple TV, as while the platform is digital-only, it is essentially a console. When you consider the fact though that the vast majority of games on Apple TV started life as phone and tablet games, the descriptor of console-like gains a lot of validity.

With this in mind, console-like is a very apt descriptor when describing the games of Vector Unit. When you realise also that the studio is comprised of only three permanent team members, you realise the scope of these console-like games are very much punching above their weight.

Founders Ralf Knoesel and Matt Small formed Vector Unit back in 2007, with third member – artist Elizabeth “Timm” Sewell – joining them in 2012. Knoesel and Small both started out at Stormfront Studios in the ’90s, working on licensed properties within very recognisable franchises such as Hot Wheels, Lord of the Rings, James Bond, and the Madden series, across the previous generations of consoles.

The first release under the Vector Unit banner – Hydro Thunder Hurricane – hit Xbox Live Arcade in 2010, selling over 300,000 copies, and heralding the team’s arrival, “…making an impression, a splash,” Small told Gamasutra in an August 2017 interview.

No console is complete without its own kart racer, and Beach Buggy Racing on Apple TV doesn’t just pay lip-service to the genre by trying to re-skin Mario. Beach Buggy Racing has a personality all of its own, with thoughtful level design and imaginative environments that stretch beyond the usual predictable suspects the genre is known for. In late 2017 Vector Unit brought an update to BBR that added four player split-screen racing (which we wrote about here), a key element that defines the genre for many that grew up gaming in the ’90s.

Vector Unit’s Riptide series – Riptide GP2, and Riptide GP: Renegade – takes racing on Apple TV back to the water, where the studio began. Summing up our review of Riptide GP: Renegade, we commended it as having “…perfectly modelled water physics with over the top arcade racing. The result is an easily recommended, complete console experience for your Apple TV.”

Finally, MouseBot: Escape From CatLab combines Vector Unit’s penchant for racing with  old-school 3D platforming, complete with low-poly aesthetics. “…a fun mix of ‘90s 3D platform gaming, with studio Vector Unit’s vehicular competence, and one-more-go arcade goodness,” was the conclusion to our review. For completists, there is even an Easter Egg to be found.

The Apple TV games catalogue has certainly benefited from Vector Unit’s contribution of these four console-like experiences, and hopefully Knoesel, Small, and Sewell keep their talents aimed towards the platform for the next 10 years as well. 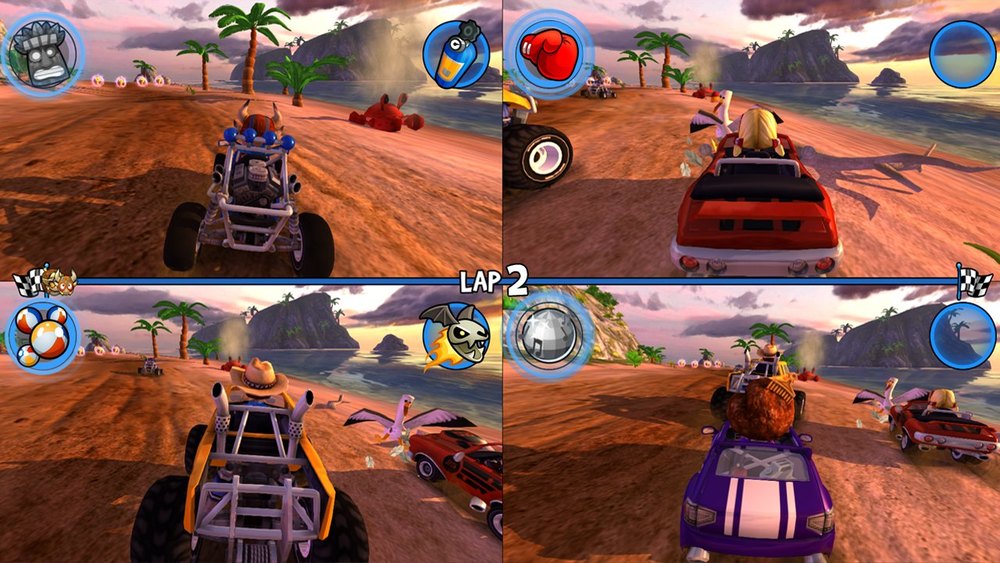 5 thoughts on “Developer Profile: Vector Unit – A Decade In Games”