garrybalogh in Uncategorized, Video games December 15, 2018May 15, 2021 1,639 Words
ATVG’s Best Apple TV Games of 2018, and Game of the Year posts tell the story of the last 12 months, and after looking in the rearview mirror and putting a nice neat ribbon around the past, it’s time to start looking forward once again. 2019 has some very intriguing upcoming titles to be excited about, and I thought a nice way to round out the year would be with a list that looks to the future; gathering together in one convenient place the games that we’re waiting patiently to get our hands on.

Cascadia Games have a knack for cranking out fun, yet relatively small 2D action-platform titles that put the retro back into “retro,” which you can read all about in ATVG’s review of the studios’s 2018 release – Ammo Pigs. With Moon Raider however, while definitely keeping within that flavour of pixel art action-platforming, Cascadia looks to be stepping it up a few notches. It’s clearly the team’s most ambitious title to date. Back in October 2017 ATVG posted a story detailing the mechanical and graphical bells and whistles Cascadia had been baking into the release; details that might make an already decent game stand out that little bit more from the legions of me-too pixel art platform games available. Since then, the studio – lead by Chris Jorgensen – took a break this year to crank out Ammo Pigs, after which it’s been beavering away once again on Moon Raider. The frequent tweets coming from the studio during the second half of 2018 have shown Cascadia evolving as a studio, as it seems to grow in ambition with its work on Moon Raider. Effects such as pixelated water that reacts to the avatar as she leaps in for a swim are riddled throughout Moon Raider’s development, and it’s a title ATVG is highly anticipating. Hopefully we don’t have to wade too deep into 2019 before getting hands-on. Although having said that, I’d rather see a release that’s ready and fully polished, rather than a quick-fix. 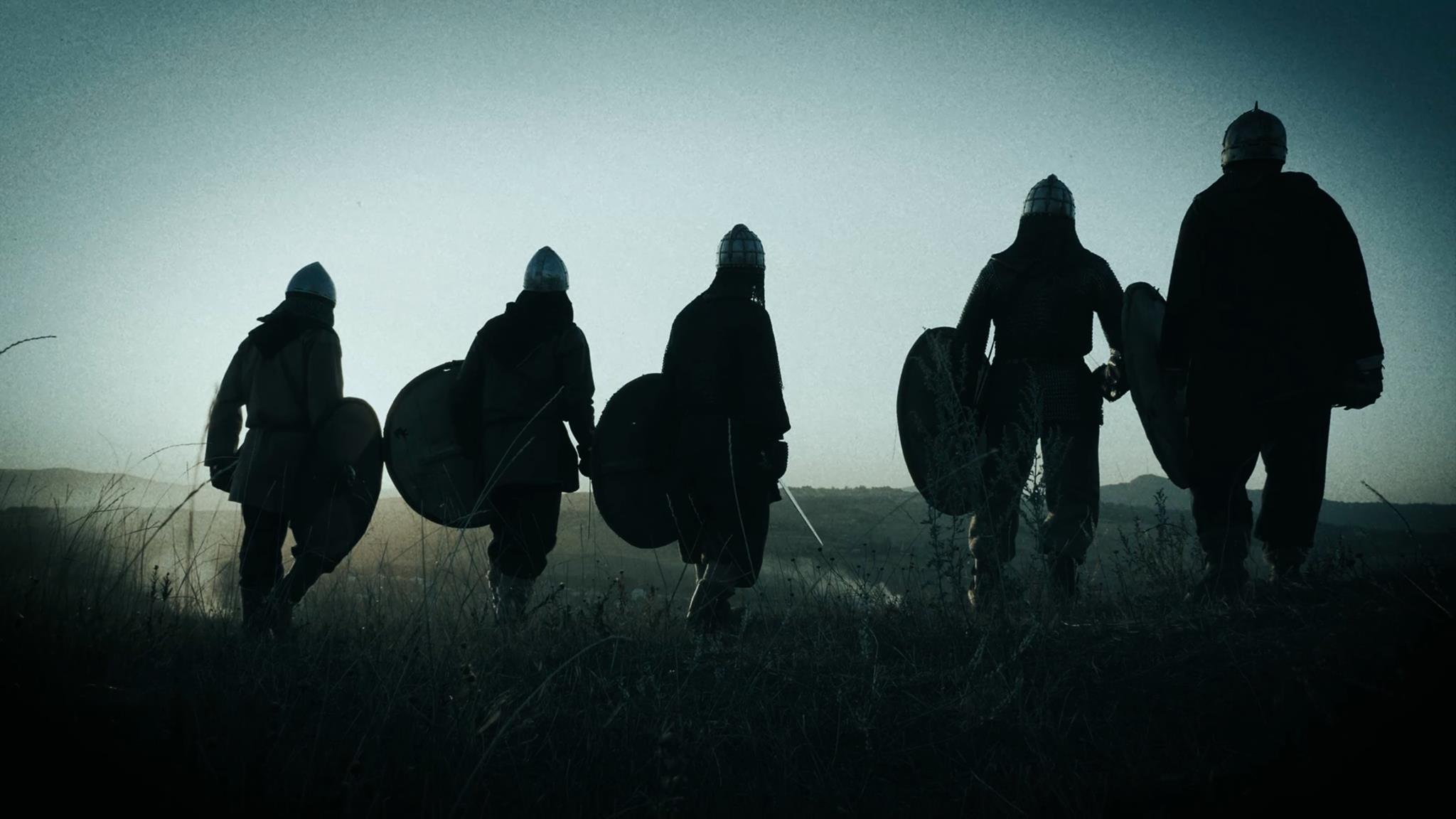 Legendo Entertainment are taking a very multi-media approach towards marketing its upcoming turn-based strategy title – Draugablíkk: Serpents in the Mist. The above image is taken from an as yet unreleased music video being produced for the game, while earlier this year we learned of a comic book prologue set within the game’s universe, published under the banner of Legendo Comics. Steeped in Viking mythology, Draugablíkk is promising an epic, boardgame-like strategy title with exploration, raiding, and trade, with both single and multiplayer options included. Boasting gritty violence in 4K graphics set to an “epic soundscape,” Draugablíkk is certainly setting some lofty expectations, but if Legendo can pull off everything being promised, while tying it all together into its multi-media universe, this should be a very intriguing title indeed. 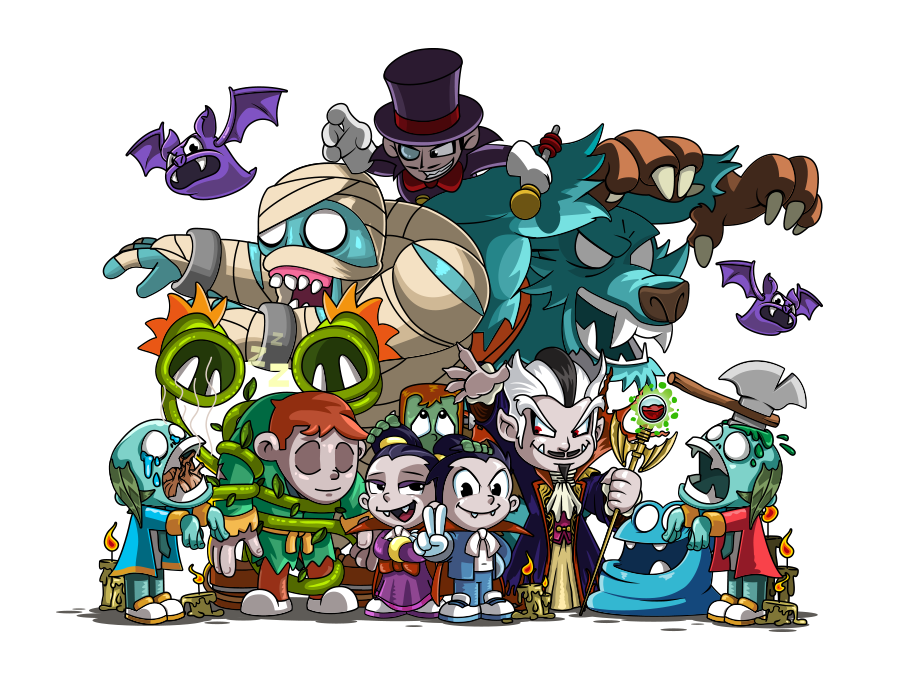 Not only is Legendo working on Draugblíkk, but the studio is also developing a reboot of its excellent mobile 2D platform game – Dracula Twins. The original was a quality platformer, and I’ve always thought it would be a game that would transition well to the big screen. Starring vampire twins Drac and Dragana, Legendo describes the sequel as a “horror-comedy,” as the villainous Doctor Root (who is obsessed with teeth) kidnaps Frankie – a friend of the twins. Following this very traditional story setup, platform gaming ensues within Castle Moonskull, which is inhabited by the evil doctor’s zombie minions. Dracula Twins R2 promises the option of swapping between the two twins, who’ll hopefully have their own skillsets to explore, while a third playable character can be unlocked, depending on what you end up doing with Frankie – rescuing or ransoming. The first Dracula Twins was a blast on the small screen, and I’m really hoping Legendo maintains the spirit of the original while ramping everything up to 11 for the big screen reboot. 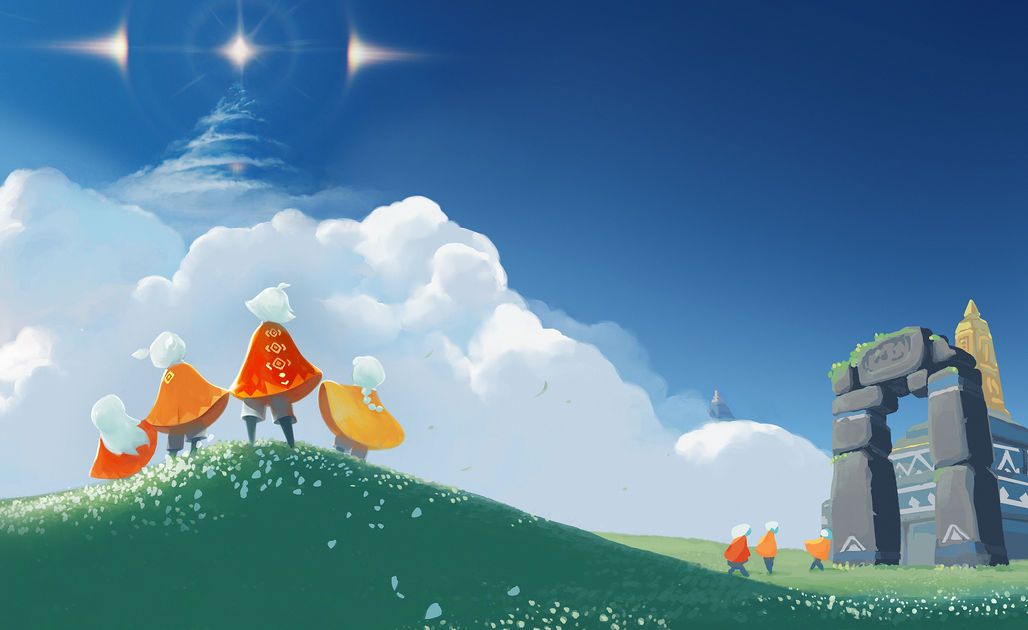 In January this year I posted my impressions of Sky: Light Awaits after playing the beta on mobile. And while I really wanted to play more, I stopped, as I felt I’d rather explore Sky’s beautiful world for the first time on the big screen. Then in early November 2018 I signed up to the Mac beta, which gave me the opportunity to play Thatgamecompany’s followup to Journey on a 32-inch screen. And that experience only made we want to go bigger. So again, having played enough to get a good taste, I stopped. I won’t be happy until I’ve flown gracefully through Sky’s gorgeous vistas on a 60-inch screen, controller in hand, with its soaring soundtrack blasting lyrically through my lounge room speakers. What I and many other beta players have seen so far has been stunning. The reds and browns of Journey’s desert-scapes have been coloured and expanded in Sky, while much more variety has been added to the preceding title’s gameplay, all while still retaining that undefinable spiritual quality that made Journey such an uplifting joy. Can’t wait for this one.

Similar to my approach with Sky, I’m holding off playing Blackmoor 2 until it comes to the big screen via Apple TV. I could be enjoying the sequel from Four Fats right now on mobile, but I’d rather experience it fresh as a console title. Following Blackmoor 2’s mobile release, I reached out to developer Four Fats to check again if there were any Apple TV ambitions, with the response being encouraging, if not quite definite. Four Fats replied that the sequel would probably/definitely hit Apple TV late 2018 or early 2019, once the hectic schedule of releasing the mobile version died down. Formally known as Mooff Games, the studio rebranded as Four Fats, and started work on the follow up to the excellent Blackmoor, a 2D action-platform game filled with the studio’s love of pop-culture references. ATVG had a blast with Mooff’s side-scrolling beat ’em up Smash Club, and even had a Nintendo Switch moment with Toon Shooters 2, the studio’s side-scrolling shooter, and I’ve got all fingers and toes crossed in the hope that Blackmoor 2 does make it to the big screen, and soon. 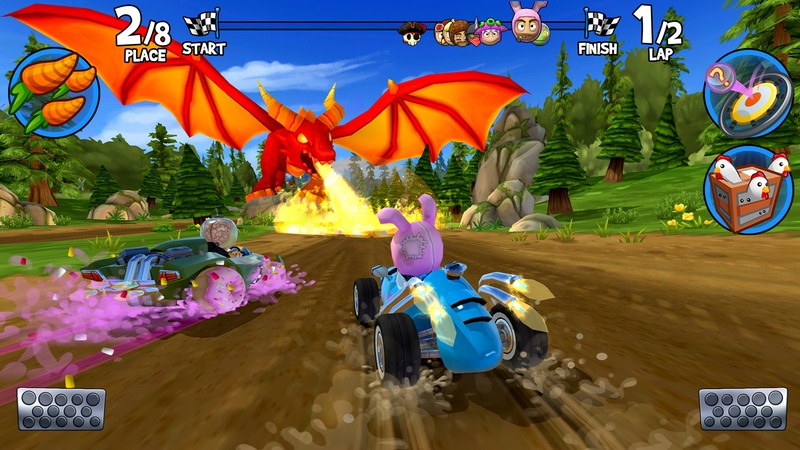 Updated May 2021: Beach Buggy Racing 2: Island Adventure is out now on Apple TV. Have a read of ATVG’s impressions right here. Original story: Vector Unit has thrown a lot of love at the Apple TV platform, having released plenty of quality titles that treat the platform respectfully as a console, and ATVG profiled the studio following its 10th anniversary in March 2018. Last night the studio announced a release date for the free-to-play mobile version of Beach Buggy Racing 2 – December 19. In an interesting move, and one that highlights Vector Unit’s treatment of the Apple TV system as a gaming console, the big screen version will release as a premium title in 2019, along with the major console and PC versions. It’s an encouraging step for the platform, and what ATVG has seen so far of the kart racing sequel looks very promising. You can check out a few laps of the upcoming Castle Drago track, while a second track – Riptide Gulch – can be seen here, revealed following the announcement of Beach Buggy Racing 2. I’m intrigued by the release strategy for BBR2’s Apple TV version, and excited for the title in general, given how much fun the original has been. As the mobile version is hitting December 19, I wouldn’t imagine the big screen version to be too far away into 2019. Good times.

Update: Oceanhorn 2 is out now on Apple Arcade, meaning of course that it’s universally compatible across Apple TV, Mac, iPhone, and iPads. Happy days. Original Story: Ever since Cornfox & Bros. sent ATVG an email advising that “Yes, Apple TV is on our target list,” Oceanhorn 2 has been keenly watched and waited on around these parts. While it’s not a definite yes, it’s a very encouraging reply, and the original Oceanhorn was a great fit for the Apple TV platform right from the start. The sequel recently received a brand new website, with a bunch of new screenshots detailing the studio’s progress, a few of which you can see above. It sure looks pretty, and much the same as Shadowgun Legends is Apple TV’s Destiny, Oceanhorn 2 could well be Apple TV’s Breath of the Wild. The gameplay trailer released at GDC 2018 showed a stunning work in progress, and for those wanting even more gameplay footage, here’s 15 minutes worth. Set 1000 years before the events of Oceanhorn, the sequel will have players adventuring across the world with a party of travellers, in true JRPG-style. The main character will be equipped with a Caster Gun and also a grappling hook, which is a nice refreshing change from the swords and shields many of us are so used to wielding. I know I’m not the only one with high expectations from Oceanhorn 2, as the ATVG site lights up whenever there’s something new to share about the game. Cornfox & Bros. seem to have captivated an eager crowd with its upcoming sequel and ATVG will continue to keep you posted on any news that comes to light. So what do you think? I don’t know about you, but I’m thinking this list is a pretty exciting one, and has ATVG feeling some very high hopes for what’s to come.  Keep those controller charged, and bring on 2019.  If you’re new to The Apple TV Gaming Blog (ATVG), or just new to Apple TV gaming in general, or both, then the best place to get acquainted is our Best Apple TV Games of 2019 article. You’ll find a great collection of games to play, and a bunch of useful links to our previous site content. Welcome aboard. Enjoy the ride.