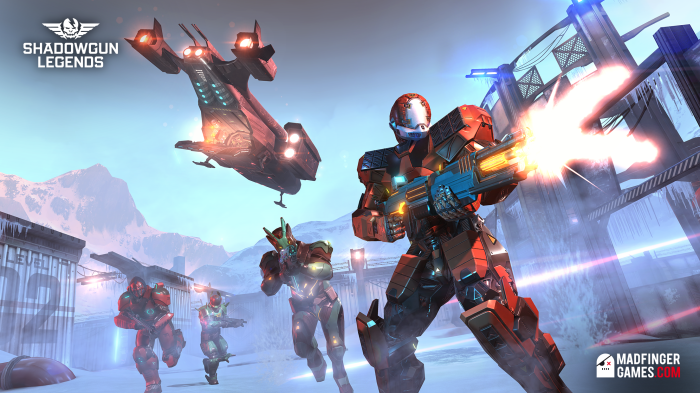 ATVG has a long history of following the evolution of Shadowgun Legends from Madfinger Games. Following its release, regular updates throughout 2018 and 2019 brought it ever-closer to version 1.0.0.

While having finally reached that magic number on iOS and iPadOS earlier this month, tvOS still sits on version 0.9.4, and until the update comes through, Shadowgun Legends is unplayable on Apple TV, displaying an eternal loading screen.

ATVG reached out to Madfinger Games last week to find out if the studio still intended to support its excellent sci-fi shooter on the Apple TV platform, and received a… well… I guess you could call it a response.

Version 1.0.0 has been postponed on Apple TV “due to small technical difficulties,” was Madfinger’s reply, adding that it will come out “sooner or later.”

Sooner or later is not the most PR-friendly response, but better than no response at all.

Apple TV gamers have slim pickings to choose from when it comes to first-person shooters, and Shadowgun Legends isn’t just there making up the numbers, it’s actually good. Really good.

Sure, I still don’t think the casino adds anything of value to the game, and feels weirdly out of place. The cheesy rock music and over-the-top one-liners grate a little after a while too, but the actual gameplay? Fantastic.

It’s essentially a Destiny clone for your Apple TV, and ATVG said exactly that in its review back in April 2018. In fact, I liked it so much I made a guild, and even went ahead and crowned it Apple TV’s 2018 Game of the Year.

The 1.0.0 update is a big one, including all new story-driven “adventures.” The latest of these adventures is The Dark Experiment, involving an escape from the Planetary Federation’s maximum security prison, and a possible connection to abnormal Torment behaviour.

Ah, those pesky Torment. Can’t turn your back on them for one minute. Why can’t we all just get along?

Hopefully 1.0.0 hits sooner rather than later, so we can get back to shooting Torments in the face. Although if you get up close and personal with them, giving them a good old Sparta Kick can be much more satisfying. But hey? Why not do both? It’s not like they don’t deserve it.